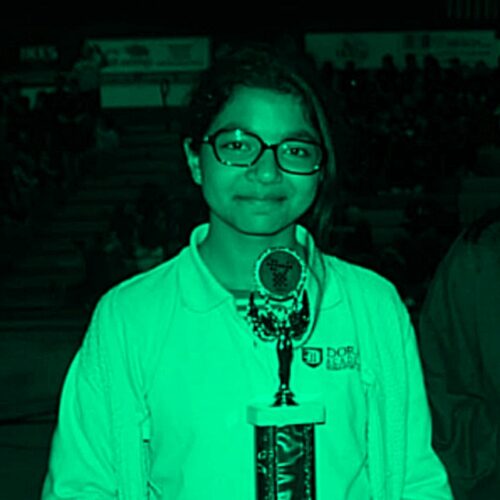 I am a 15-year-old researcher working on the overlap of neuroimaging and machine learning at the Neural Dynamics of Control Lab. My project involves building a classifier to detect errors in cognitive tasks using EEG imaging. I have also received a grant for this from the New York Institute of Technology. The paper is due to be published by the end of this year or the very beginning of the next and to be presented at the Cognitive Neuroscience Society conference next year. I am currently also seeking fellowships for this project. Having had a deep interest in AI from a young age, I have created several AI projects such as a sign-language detector, a diagnostic tool for diabetic retinopathy using RNNs, a mental health companion trained on AI, and many more. Two of my projects went on to place at several hackathons and gained google cloud recognition. Originally from India, I moved to the US at the age of 11. I realized the dire need for scientific awareness in young students in India to put their talents to the most efficient use. Apart from science, I am also a social entrepreneur being the Founder and CEO of Indic Valley, an online store that gives underrepresented artisans in India a chance to exhibit handmade cultural apparel. We are currently connected to over 35 artisanal groups and selling over 3 environment-friendly specimens of real Indian apparel like Kolhapuri Chappals and Chikankari. I also run an international neuroscience organization’s chapter(IYNA) at my school and have hosted several reputed professionals such as an inventor featured in times magazine along with a world-touring ADHD researcher(Dr. Russell Barkley). David Eagleman, a Stanford professor, and world-renowned scientist is one of our upcoming speakers. I also teach other students how to get started with research through research paper studies and cold-emailing classes.