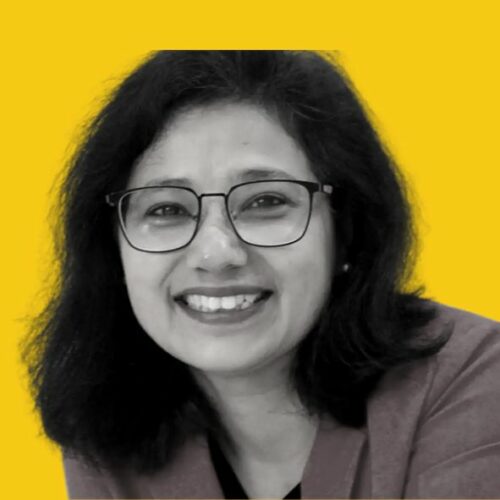 COO and Co-founder at Avishkaar

Pooja Goyal is the Co-founder and COO of Avishkaar, a robotics and coding education
company, on a mission to create an army of young innovators across the globe. Her current role
is to work towards changing the face of next-generation technology education in K-12 schools
not only in India but across the world through Avishkaar’s offerings. At Avishkaar along with her
co-founder Tarun, she has already set up innovation and robotics labs in over 1200 schools,
touching the lives of over 200,000 thousand children. The team is not far from the day when that
number will touch a million as they equip every child with tools and skills to understand
technologies like Robotics, IoT, Artificial Intelligence, Drones; technologies that are changing
the world that our children inhabit; technologies that children as young as 5 years of age are
using in their everyday lives but have no clue about how they work.
An engineer from IIT Delhi, during her studies she soon realised that her interest lies in the
process of creating something from scratch rather than in machines, which led her to be a serial
entrepreneur and an educator. Her last venture Intellitots Learning was acquired by Founding
Years in Dec 2017. Prior to that, she co-founded an enterprise software company in Silicon
Valley. Pooja has worked in the USA, Europe and India, and has successfully paired her work
experience at companies like Adobe Systems and being part of the founding team of Plaksha
University with her passion for education. She is an angel investor and advisor to many startups
and has been awarded the ‘Woman of Substance’ award.
Pooja has a strong inclination towards women entrepreneurship and is keen on changing the
policies for women and helping women-led companies perform better and grow on a larger
scale. As the pandemic worsened the situation,she initiated a group for women entrepreneurs called SheEOclub, a non-profit organization making funding, mentoring and connections
accessible to women entrepreneurs.
Pooja also holds an MBA from INSEAD, France. She is an avid speaker on the issues of
changing education paradigms, entrepreneurship, leadership and a voracious reader who finds
joy in yoga and is learning to play the piano.